Vinyl, cassettes, CDs, MP3s, streaming… and back to vinyl! 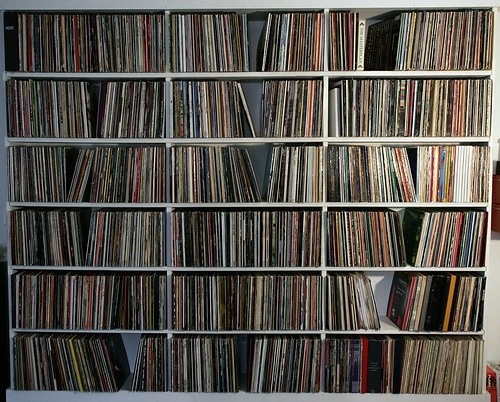 Music is changing. I don’t often buy albums anymore. When I do it’s a special treat. It’s become like a visit to the cinema – overpriced and you only expect to enjoy half the experience. And if you can stream music, why buy it?

I just read that digital music sales dropped for the first time since iTunes was born. But vinyl is coming back! (Slowly!)

Streaming cannibalising sales is, apparently, not such bad news for musicians. Execs say the growth in streaming revenue has been offsetting the decline in digital sales revenue.

In 2013, only one album sold more than one million units, Justin Timberlake’s 20/20 Experience, with 2.4 million units. By comparison, ten songs hit the million mark in 2012.

I’ll be sorry to see CDs disappear, if they eventually do. But if vinyl can survive, I will keep buying LPs, keep replacing those pesky needles and wiping the dust out of the grooves even if it has no effect.

Read more on the stats at Billboard.

And here is evidence DVDs are also in decline. Better buy that Blu-Ray player quick smart.